First impressions of the Avaak Vue 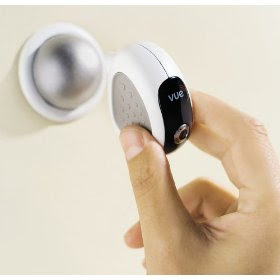 Regular readers here and elsewhere and elsewhere know that I had high expectations of the Avaak Vue following in the tradition of products such as the Flip, Eee, Sonos, Peek and PogoPlug in simplifying and expanding the market for what has been a challenged category. It must be noted off the bat that the Vue is not intended to replace a full-scale monitoring system installed by a monitoring company such as ADT or even a DIY system strung together with IP cameras (such as the recently debuted Viaas system shown off at DEMO Fall ‘09). Rather, like so many other of these products, it is focused on secondary functionality, in this case, “checking in” on a property, people or pets for a few minutes at a time.

Previous whole-home video systems have been expensive, unwieldy and complex, partly because of the need to supply power to the batteries, but not the Avaak. Simply plug the base into your router, press the Sync button, and attach the AAAA battery-powered, golf ball-sized camera to one of the amazing tiny magnetic mounts. Then go to the Web site and enter a unique ID for your base station and you’re ready to view and record video from a browser.

It all works brilliantly. I would of course be nice of the Vue could perform the kind of self-identification magic that the PogoPlug can, but Avaak appears on its way to creating the first multi-room video streaming system that can be used by ordinary consumers. I’ll certainly have more to say about the Vue system soon.

Read more posts about Home Networking or Images and Video